In 2013, the pilot for OK K.O.! Let’s be Heroes was created and released through Cartoon Network’s Summer Shorts program. Despite its positive reception, the now hugely popular series Steven Universe was, unregrettfully, chosen from the pack instead.

However, 4 years later, OK K.O.! finally earned its long-awaited chance to shine. On August 1st, 2017, Cartoon Network released four 11-minute episodes followed by multiple more during the days following, granting the series its starting momentum to reach potential heights. Ever since this K.O.! bomb, the series has been receiving plenty of hype throughout various online platforms and is starting off with a 8.4/10 rating on IMDB.

OK K.O.! is an episodic series told from the perspective of Ko—a young boy who tags along with his mother to work at the Lakewood Plaza Strip Mall. While his mother is working at her dojo storefront, Ko breaks off and and engages with the wacky personalities within the vicinity—both shop owners and customers. Ko’s dream, and typically the center of most episodes, is to become a admirable hero; because in this universe, everyone has specific abilities in the art of butt-kicking that is showcased through a level-ranking system. Most of the people located within the plaza are at a certain level ranging from 1-11, and it’s implied that 100 in the highest. Ko is currently at level zero, but wants more than anything to level up to become the “greatest hero in the world”. Although the series is told from his perspective, we also get a sense of the other two personalities who work at Gar’s Bodega, a convenience store in the plaza where Ko spends the majority of his time, Enid and Radicles. The series aesthetic is very promising. Its art style and character designs are incredibly unique in the world of post-Adventure Time television animation (in which many series take after its style). OK K.O.! uses hand-drawn animation which is different from the high and low quality Flash cartoons we have been receiving lately—not that Flash or ToomBoom is necessarily bad, in fact Star Vs. the Forces of Evil along with Gravity Falls are prime examples of Flash done right—but straying from the current norm is the sole definition of standing out from the crowd; and this is exactly what OK K.O.! brings to the table.

The character designs of the series also stands out immensely. There are no bounds to the type of characters that are shown on screen, and their mannerisms also follow a random and unrestricted pattern. It is clear that the crew enjoyed creating these characters and were able to use their unbounded imagination throughout the creation process. The series’ style may take some getting used to. It has somewhat of an intentional unpolished look to the line art and colouring, and characters are known to break their character model’s often; but after being accustomed to its aesthetic, it’s easy to see the series’ visual appeal. 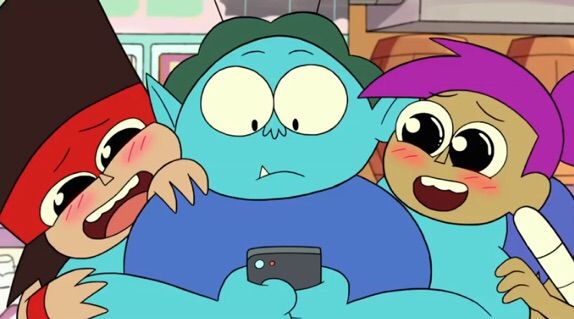 The writing of the series follows a villain-of-the-day kind of format. Each 11-minute episode is self contained, which suits the premise of the series. It’s difficult to picture OK K.O.! following a continuous plot that stretches over more than a couple of episodes; but this form of storytelling is well-suited to the series and writers’ intentions. Although series like Steven Universe and Adventure Time are heavily story-based, this should not be used as a defining benchmark for an excellent animated series. Some shows are designed to be self-contained and bring other well-placed elements to the table—which is perfectly fine and adds variety to the series that are available.

The humor of this series is the complete opposite of stale. I found myself laughing at the dialogue, visual gags (especially those that take inspiration from, while poking fun at, Japanese anime), and some of the situational humour. The dialogue is snappy and the jokes are quite clever but not overly-glorified. A lot of the humour is subtle or referential; details that can be easily missed if not enough attention is paid. However, the understated jokes are very appealing. 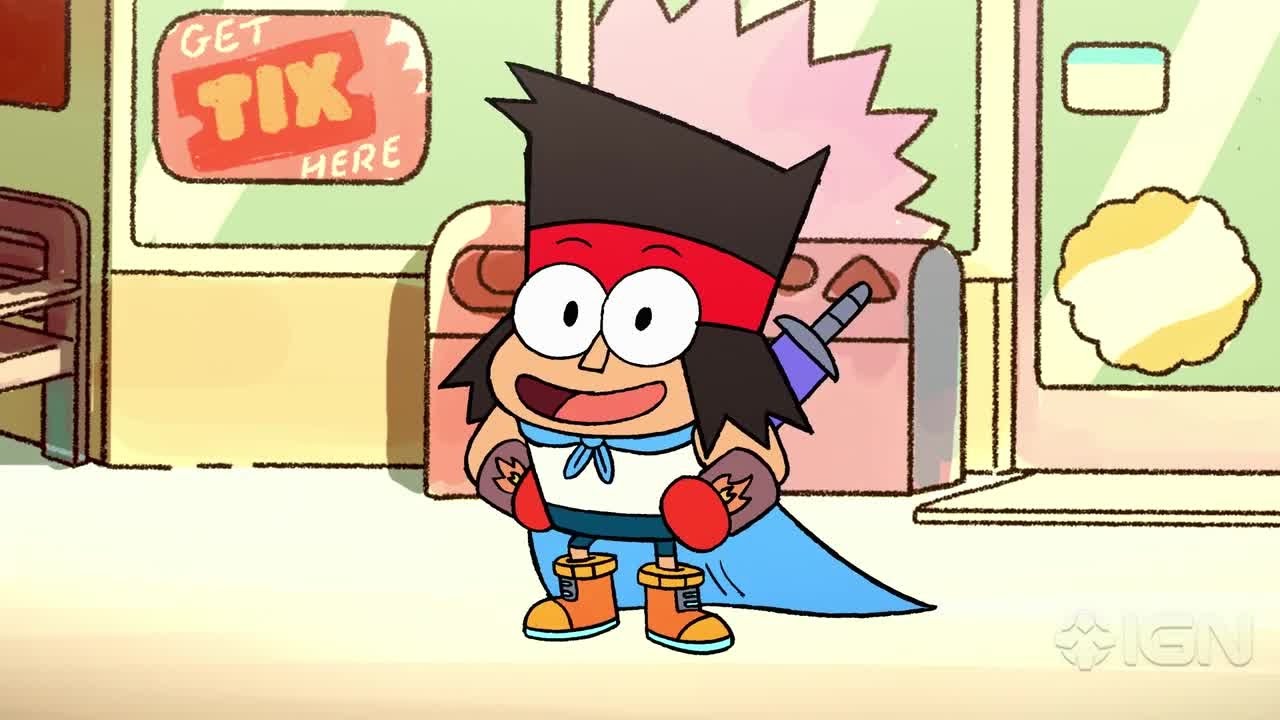 There hasn’t been too much character development so far, but we do get a sense of the main and reoccurring characters’ personalities. Ko is a gem. He is clearly a kid who carries a very optimistic view of the world and people around surrounding him. He is naive in this sense, but this trait allows him to find enjoyment in the little things while truly seeing the beauty in all different kinds of people (or specimens) that he encounters. Writing a young boy character can be difficult to get right; however, this series has nailed it so far. Ko is somewhat hardheaded, but he often chooses to listen and learn from his mistakes—a quality that is lacking in many modern-day animated protagonists. He admirably pours his heart into his self-imposed mission of becoming a great hero, but doesn’t let this objective blind him from his other responsibilities. Ko is such an endearing boy and, although has some pitfalls, he is portrayed as a well-rounded individual who is eager to learn all that he can. 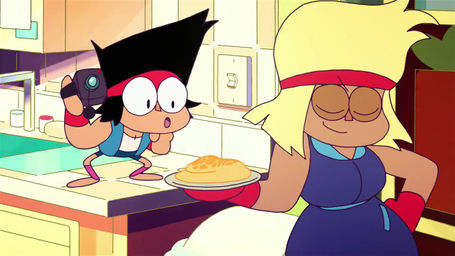 Ko’s single-mother, Carol, is very supportive of Ko’s journey to become a great hero, and allows him to train at Gar’s Bodega. She loves her son very much and gives him plenty of freedom to follow his passions and the appropriate amount of space to grow. When he gets into self-inflicted trouble, she does not reprimand him for it; instead she actively helps him to reverse said problem. Additionally, she works at the Lakewood Plaza as the owner of Fitness Emotions, a fight/exercise club. Her hero level is quite high at 11.

Enid is one of my personal favourite characters. Working at Gar’s Bodega, her character traits fall along the lines of an self-intitled young adult. She has shown some behaviours of laziness, but knows to act accordingly when necessary. She gives off an older-sister feel whenever she addressed Ko. She teases him but always has his back at the end of the day and finds his actions endearing. At times Enid seems to forget that Ko is just a kid, and speaks to him as if he is on equal footing. And in other cases both her and Radicles share moments of immaturity with Ko, which makes for an entertaining and fitting dynamic.

Overall, the series has experienced a promising start; and as the excitement over it increases, hope for a second season does as well. However, the series’ ratings seemed to have dipped below a million views on Cartoon Network, which isn’t very promising. Some of the episodes were released prematurely on Cartoon Network’s app, so this might be the reasoning behind the dip in viewership, but either way, its early success is not implied to even somewhat guarantee a second season.

A/N: I was definitely not expecting this series to be as good as it turned out. In all honesty, I was expecting to dislike it, completely judging the book by its cover. I was definitely wrong to do so, and am very glad that I was able to look passed the series unorthodox exterior—and even better, realize the charm that its style carries.

By the power vested in me, I grant this series a place is the category of highly recommended animated series.

Boys Matter Too — Portrayals in Cartoons