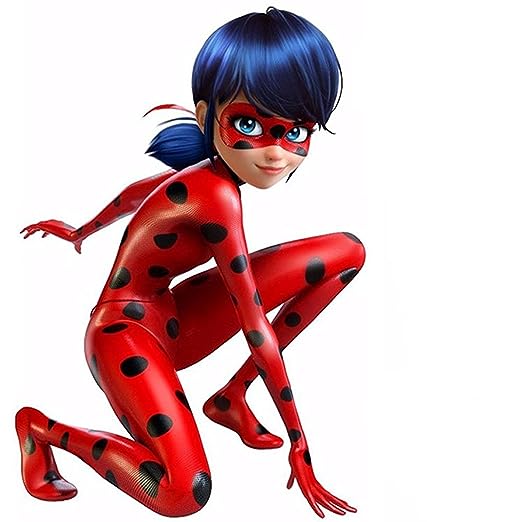 Miraculous Ladybug is one of the most popular Americanized cartoon series that is presently being broadcasted on an international scale. It features the kindhearted and clumsy Marinette Dupain-Cheng as she transforms into her crime-fighting superhero alter ego, Ladybug. She works alongside her partner Cat Noir—who, unbeknownst to her, is also her classmate and crush Adrien Agreste—to track down and defeat the dark magic that is plaguing Paris.

A/N: The use of the term “Americanized” refers to how the series targets and complies with U.S. styles of storytelling and marketing, not a description of where the series originated, as Miraculous Ladybug was created via a collaboration between French and Korean production companies. The premise of Miraculous Ladybug follows the format of a typical Japanese “magical girl” anime, being a known genre to anyone even remotely familiar with series along the same spectrum as Sailor Moon. However, it’s fairly common synopsis is not a feature that has initially attracted viewers to the series; rather, its stunning high-quality computer-generated animation is what has captivated the majority of current fans which, until the point of the series’ premier, had been lackluster at best within the context of television animation. Viewers may have grown intrigued by Miraculous Ladybug‘s fluid and cinematic animation along with its well-thought-out character designs, but an educated guess behind why viewers of Miraculous Ladybug chose to stick around for its 26-episode ride, is more likely than not a result of the “love-square” presented from its very first episode onward. While Marinette is in love with her classmate in civilian form, Cat Noir holds romantic feelings towards Ladybug while immersed in his superhero persona. The catch is, they have no clue of each other’s real identities, contradicting the whole idea of a love square because they are actually in love with each other.

The first season played with this love-square dynamic, teasing its audience that a budding romance would soon break the formation; but despite hinting at breaking the status quo, our beloved duo didn’t get far at all.

This signifies the core difference between the first and second season; not the fact that season 2 more boldly plays with the romance configuration between Marinette/Ladybug and Adrien/Cat Noir, but rather the fact that the creative team behind Miraculous Ladybug is so willing to break this pattern that has been integral to season one’s 26 episodes (24 excluding the origin episodes that show how our protagonists initially receive their miraculouses). The series’ writers and storyboard artists have clearly worked tirelessly to create something intriguing, and this seemingly newfound passion has greatly influenced the quality of the second season for the better. While season one of Miraculous Ladybug tends to take itself seriously, its second season isn’t afraid to make fun of itself. Season 2 has a layer of self-awareness that admits to its audience that the premise of the series has some narrative gaps, rather than thinly extending viewers’ suspension of belief. Ironically, the addition of self-aware comments in Miraculous Ladybug‘s second season is used as a tool to strengthen its questionable plot points by revealing that even some of the characters are unsure of what is happening. It also paints the series as more playful, making it clear that the writing staff enjoys what they are doing. It is clear that more time was taken to write and translate the characters’ dialogue, which is most likely the reason behind the creative staff exuding charm and enjoyment into the batch of episodes.

In a more recent episode of Miraculous Ladybug‘s second season, Gigantitan, the series tackles how ridiculous Marinette’s stalker-like crush is on Adrien. It makes fun of itself though Marinette and Alya coercing their friends into helping Marinette live out one of her Adrien-involved fantasies. This is a great diversion from her season one portrayal, as rather than presenting her boy-obsessed tendencies as sweet and romantic, the creators are adding a bit of self-aware charm in emphasizing how absolutely ridiculous and unrealistic her attitude towards him can be at times.

Speaking of self awareness, season 2 of Miraculous Ladybug makes a larger effort to target slightly older demographics. Rather than aiming solely at children, the executives behind the series have seemingly come to realize that Miraculous Ladybug attracts many teenagers and young adults, alongside children; thus, the creative team has diverted from creating simple episodic plots and instead moved into relatively complex (yet still episodic) narratives. Plot points, including how our heroes will defeat the villain of the week have become much less predictable compared to season one. Additionally, stakes including threat levels of villains, near identity reveals, and those causing alterations to the standard formula of the series, have become much more intense.

Right from the start of season 2, the huge, game-changing, shocking secret (sense my sarcasm) of Gabriel Agreste being one in the same as Hawkmoth is revealed. This is a big deal as it sets the tone for he remainder of the season—Miraculous Ladybug is no longer planning to beat around the bush and is ready to hit the ground running. Keeping Hawk Moth’s painfully-obvious identity a secret was a shaky move from the start, but his identity revelation shows that it has grown passed treating its audience as oblivious. This is the series’ way of inexplicitly informing its audience that it is planning to take the series in a different, more thought provoking, direction.

Season two of Miraculous Ladybug also gives our characters more time to shine. Marinette, Adrien, and other background characters are treated as three-dimensional and are increasingly showcased in settings outside of their school, sharing different facets of their lives with the audience. Additionally, characters are given more dynamic personalities; for example, season one’s Cat Noir is presented as mildly problematic through ignoring Ladybug’s annoyance and seemingly forcing his romantic flirtation onto her. Despite Adrien’s whole-hearted intentions, this can make him appear somewhat insensitive. However, less than halfway into season 2 showcases Cat Noir being much more receptive to Ladybug’s outwardly platonic view of him. Although it definitely should not have taken this long to get to this result, season two has been showcasing much more empathetic and relatable characters, while giving the audience more time to follow their personal lives in each episode.

Chloe’s character has slowly been improving. In the first season, she had caused almost half of the akumitizations that have occured, a process that turns everyday people into evil villains through harnessing their negative emotions. After agreeing to try to become a better person in the episode Despair Bear, she has not caused anymore deep negative emotions enough to attract one of Hawkmoth’s akumas. This shows he audience that Chloe is not all talk and is genuinely trying to be kinder; however, it’s difficult to tell for certain given her relative lack of screen time. 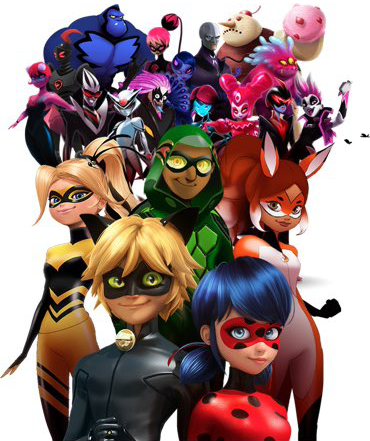 Marinette is also shown to explore her feelings towards Cat Noir and we as the audience are slowly beginning to see how her emotions can be quite complicated; rather than being blindly in love with one version of Adrien and not the other, she is now beginning to develop feelings for his Cat Noir alter ego (Glaciator). This reveals that Marinette is not as one-note as she may have been presented in the first season. She is able to see that Cat Noir has some of the same qualities she loves about Adrien, rather than blindly crushing on one over the other. This presents her romantic feelings as much more genuine, rather than being just a typical school-girl crush.

Finally, season two presents the promise of an expanding scope. Within the first few season 2 episodes, antagonist Hawkmoth akumatizes both a robot (Robustus) and a baby (Gigantitan), actions that were unheard of in season 1. This alone implies that the process of akumatization is directly linked to controlling emotions, without being limited to age or even humans for that matter. This may seem like a small revelation, given that negative emotions have always been the catalyst for akumatization, but it gives the audience something concrete within the context of the series’ lore, helping to ground the setting in some form of pseudoscience, which is plenty more than Miraculous Ladybug has done previously. By reintroducing the Great Guardian at the start of season 2 and increasing his screen time, the series is given an outlet to explain more of the series’ mythology. A near reveal in the season 2 episode The Dark Owl carries some lasting stakes as well, in that Tikki is now aware of Adrien’s identity. In season 1, the only significant occurrence that is carried over to more than one episode is the fact that Adrien had taken a book of miraculous holders from his father’s office. Season two has much more plot lines that can be carried over. Alya temporarily given the fox miraculous to fight alongside Ladybug and Cat Noir being another one. Although she is sworn to secrecy and will likely not bring the experience up to Marinette, I highly doubt that it won’t be referred to in an upcoming episode. Although her superheroine experience was only temporary, the implications are long-lasting, and it will most likely come to play in the near future.

All in all, the second season of Miraculous Ladybug has proved itself to be much more ambitious than its predecessor, keeping audiences more engaged in its narrative and invested in the growth of the series’ characters. Additionally, although we haven’t been given a linear plot yet, the series has been strongly hinting at further progression and character development—two features that are barely graced in season one. Not only is this a much more appealing route to take, but it also shows that the series writers genuinely care for the direction of the show, rather than taking only three months to write 26 episodes with the mentality of quantity over quality—an approach taken during the conception and production of the first season.

Season 2 has been a huge step up from season one, and I can guarantee that by the end of the second season, its main selling points will dive a lot deeper than love square and pretty animation. Rather, it will be highly praised for its amazing characters, settings, and narrative as a whole—alongside its former points of interest.

Boys Matter Too — Portrayals in Cartoons

How Anime Has Impacted American Cartoons

Star vs. The Forces of Evil Review: Raid the Cave & Baby