Skip Beat is an amazing manga and anime series that has stolen many readers’ and viewers’ hearts alike. 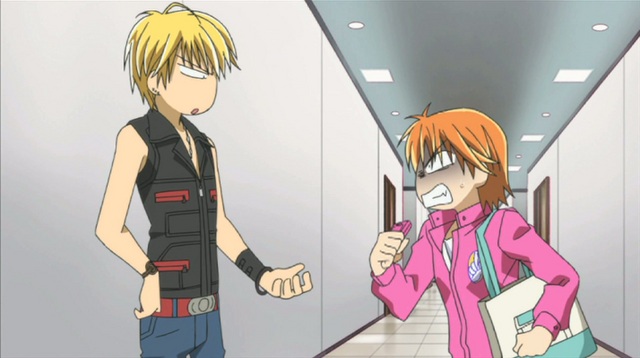 The story centers 16-year-old Kyoko Mogami, who drops her entire life in Kyoto to shadow her childhood friend and lifelong crush, Sho Fuwa, in his pursuit of becoming famous Japanese vocalist. In being consumed by love, of the unrequited variety, Kyoko works 3 jobs just to pay for her and Sho’s living expenses; however, it doesn’t take long before she discovers that Sho doesn’t have the slightest romantic inclination towards her, and instead treats Kyoko as his personal gopher.

Skip Beat, whether taking on its anime or manga form, has everything anyone could ask for; from humor to drama, to even a sprinkle of romance, Skip Beat incorporates multiple genres while maintaining seamless switches in between—in many cases, with meticulous timing that often results in hilarity. In addition to Skip Beat‘s carefully-crafted and long-winded narrative, both the inner and outer-tier characters pricelessly add to the story as a whole, each revealing layers of themselves that manifest in the form of three-dimensional personalities. 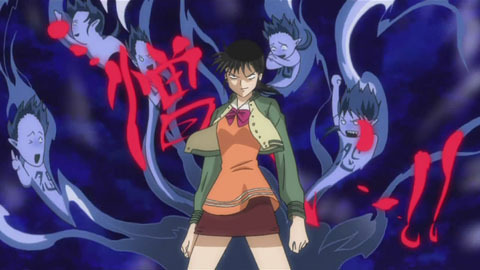 Up until the point of overhearing Sho’s brutally honest opinion of her, Kyoko is not a very charming character. She’s portrayed as a dim-witted, clueless child who is unable to see through Sho’s mistreatment of her despite it being glaringly obvious. The audience is led to believe that Kyoko will break down in tears at Sho’s disheartening revelation; however, in taking a complete detour from the viewers’ expectations, Kyoko’s response marks a pivotal moment in Kyoko’s characterization:

Rather than crying, Kyoke slowly raises her head and maliciously laughs while releasing her inner demons in a powerful wave of force.

Yes, Sho hurt her, but contrary to the majority of works within the shojo genre, Kyoko does not drown in a pool of self-pity. Instead she retaliates with a deep burning anger that lacks even the slightest hint of mourning. Her next step of action is not to carry on living life as a regular 16-year-old girl; instead she takes all the money she has and uses it to create a new outward appearance—one that she uses to identity herself in the world of show business.

Kyoko Mogami uses Sho’s betrayal to fuel a long-winded revenge plan that involves becoming one of the greatest actors in Japan in order to outshine Sho’s path to fame. She becomes motivated to make something of herself and, despite still being within the context of getting revenge on who she once identified as her ex-boyfriend, her response to the entire scenario is one of pure drive and energy—not self-loathing as most characters faced with the same situation would dwell in. 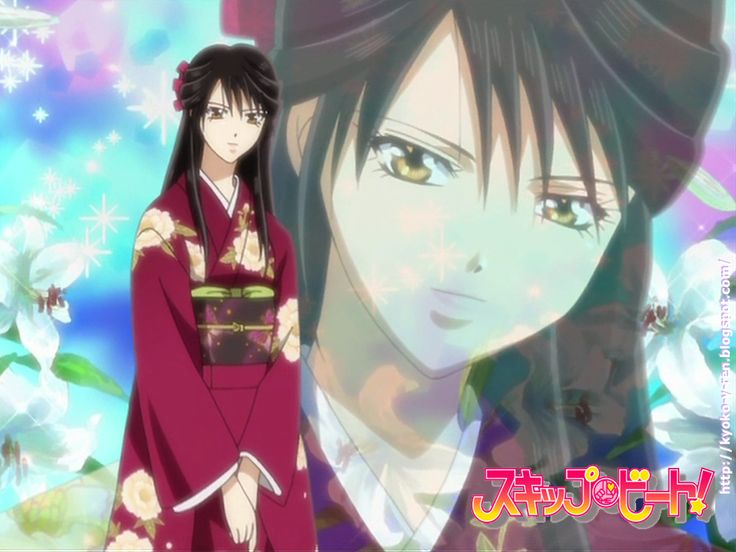 Skip Beat the anime immerses viewers in an introduction to Kyoko and her story, as well as her prospects for growth within the entertainment industry. The manga, however, carries on her inspiring story throughout 254 chapters and counting.

She has grown into a strong-willed, hard-headed, inspired, spirited young lady who is slowly recuperating from closing her heart to the concept of love—a negative consequence of Sho’s actions. Her aspiration transitions from one of revenge to one of creating “Kyoko Mogami” outside of her past. Her revenge scheme falls into the back-burner, and as a reward from Karma herself, the moment Kyoko begins to let go of her resentment towards those who have mistreated her (her mother also included in this statement), Sho begins to develop a romantic interest towards her. Kyoko refrains as, while roles have satisfactorily reversed, she has long decided to close that chapter of her life.

What makes Skip Beat so intriguing is the fact that it diverts from shojo characteristics and plot points. We as readers have the opportunity to peer into Kyoko’s transition from being dependent on someone who shows zero interest in her as an individual, to this same girl ambitiously picking up all of her broken pieces and putting them together with the upmost ambition. We follow Kyoko as she impacts the lives of the people she comes in contact with for the better. And on top of this, as she develops feelings for one of her fellow actors and vice versa, she conquers her biggest fear of all: allowing herself to be vulnerable by opening her heart once again.

Yes, love is a huge theme within Skip Beat; however, it isn’t necessarily focused on love from a potential romantic partner, but rather love for Kyoko herself. The ability to see herself as valued and to work towards something that fosters her own potential are even more impactful than the drama and romance that Skip Beat so graciously offers to its audience. The series also carries a central theme of forgiveness, both towards the people of her past and towards herself—for how she, retrospectively, poorly handled herself when placed in a volatile situation that even she had no control over. In this case, turning to Sho for love and support to fill a void left by her cold-hearted mother.

Kyoko’s spirited personality is something that does not waiver, and on top of this, it’s also incredibly addicting to watch. Like flipping a switch, Kyoko can be bursting at the seams with enthusiasm, to drowning in a pit of her own sorrow, to releasing her inner demons to wreak havoc among those who cross her—all in a humourous fashion. She’s excitable and full of unwavering drive; a personality that, as a whole, is very uncommon in Japanese animation and manga.

From her outrageously volatile display of emotions, to her incredible drive and ambition, to her captivating backstory and jourmey to the top of her industry, Kyoko Mogami is one of the most unique, likable, and unproblematic female characters to grace modern-day anime and manga. She is incredible and her personality alone is enough to inspire anyone who takes the time to read her story.

A/N: As I was writting this blog post, all I could think about was when the next chapter will come out. I am deeply invested in Kyoko’s story and even thinking about her during times of inner turmoil and fear helps me strive to reach my own goals. It’s kind of silly to look up to the traits of a fictional character, but I guess when you can’t find someone to take inspiration from in reality, you either create your own persona or look up to someone else’s creation.

The Loud House – A Charming Series About Family

Love Triangle Done Right – Star Vs. The Forces of Evil

Canadian Animation: Will it Ever Catch Up?